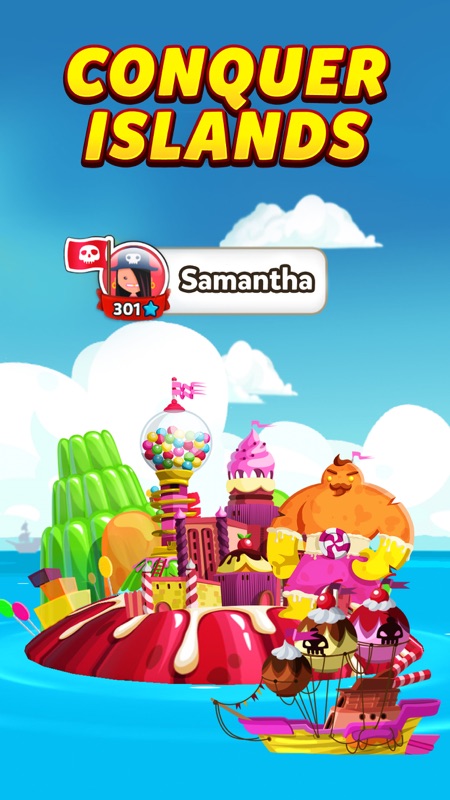 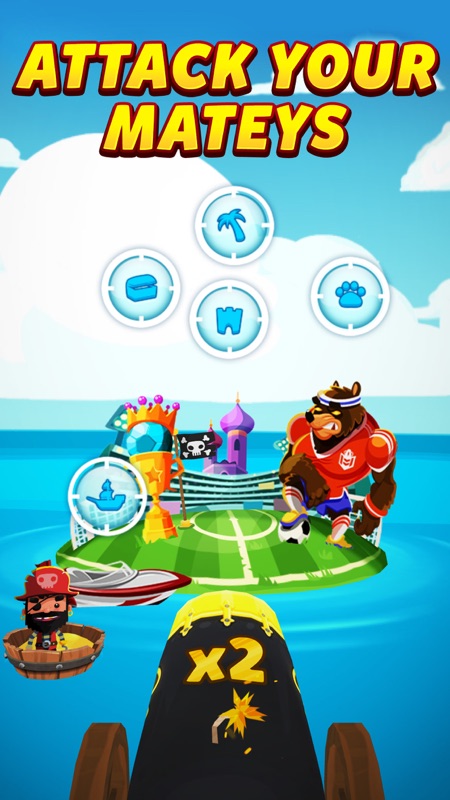 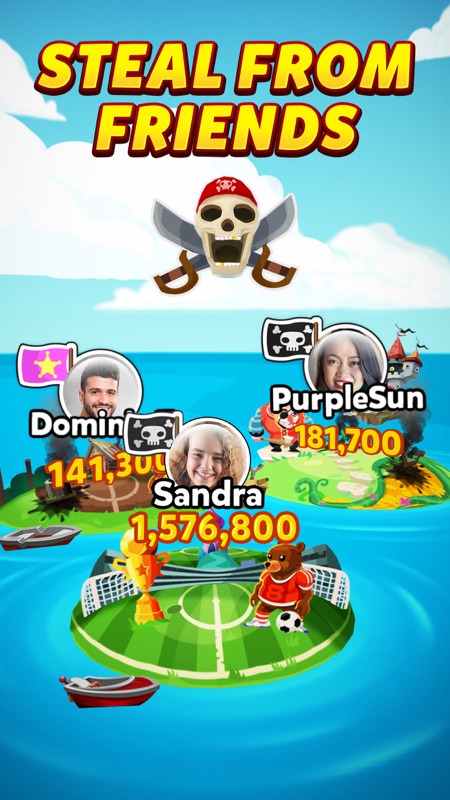 Join your Facebook friends & millions of other pirates from the 7 seas in the best pirates game: PIRATE KINGS! Build your land and make it the paradise island that a pirate of your quality deserves!

*** Brace yourselves – The Villain Pirate has Arrived! ***
A whole new adventure sets sails, and the seas will never be the same again. Dreadful Red, a nasty new pirate is building an empire near you, which leaves you no choice but one – BOMB HIM! Spin the wheel, collect bombs and destroy Dreadful Red’s islands and ships, before it’s too late! Collect bonus spins, free coins and eternal pirate glory as you wreak havoc to his property and restore peace in the seven seas.

*** Sail to adventure! ***
Ship away to fun pirate adventures! Play multiplayer games at Pirate Kings and prove you are a true freebooter. Shoot cannonballs to attack rival pirate islands, protect yourself from other pirates’ strikes and mine gold in this pirates adventure game.

*** Spin the wheel & win prize ***
There is only one thing a pirate loves more than the islands and seas: gold! Spin the pirates wheel and win free coins – a true pirate can never have enough cash! Even more, if you are truly lucky, shoot cannonballs and attack other pirates’ islands and loot their forbidden treasures and cash. Yo ho ho and a bottle of rum!

*** Build & grow your islands ***
Once you’ve gathered enough cash and own a proper island, enjoy the building game experience in this pirate adventure or explore additional islands! Build castles, put up a statue, decorate, and grow your ship as you play this multiplayer game with friends or random people! Pirate, your island is not a game, it is your paradise, let it grow!

*** Join your mateys! ***
Your Facebook friends are waiting online to match your pirates’ battle skills – come on board and join your fellow islanders! Spin the wheel and play a game with your Facebook friends or random players around the world, loot their treasure, attack and steal their gold or defend your treasure from their attacks. Pirates love to be competitive!

*** Additional Mighty Features ***
# Battle your friends – shoot cannonballs and attack, loot and steal gold, defend your island!
# Spin the daily bonus every day & get FREE BONUS COINS
# Revenge – Attack other pirates who have looted your precious treasure
# Play with friends!
# Use your gold to level up and build dozens of new islands

Become the Pirate King now! It’s free-to-play, but you can purchase additional in-game items with real money. If you don’t want to use this feature, please disable in-app purchases in your device’s settings.
Any suggestions or new ideas? Experiencing any problems? We love our players! You can reach our support from inside the game!
Pirate, your islands and friends await!