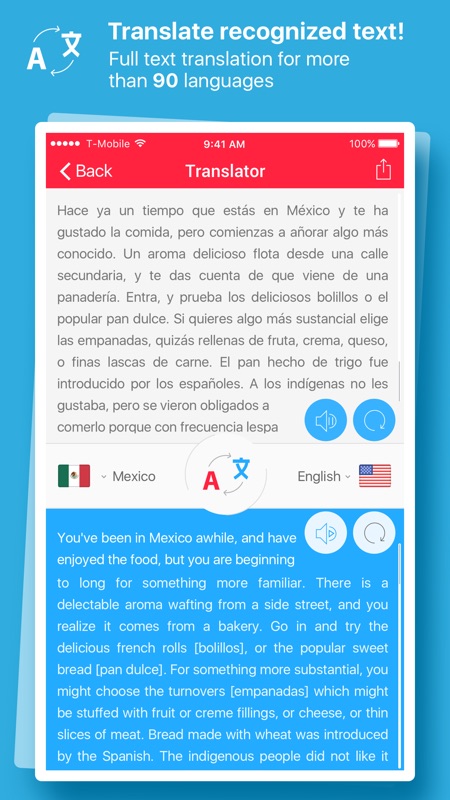 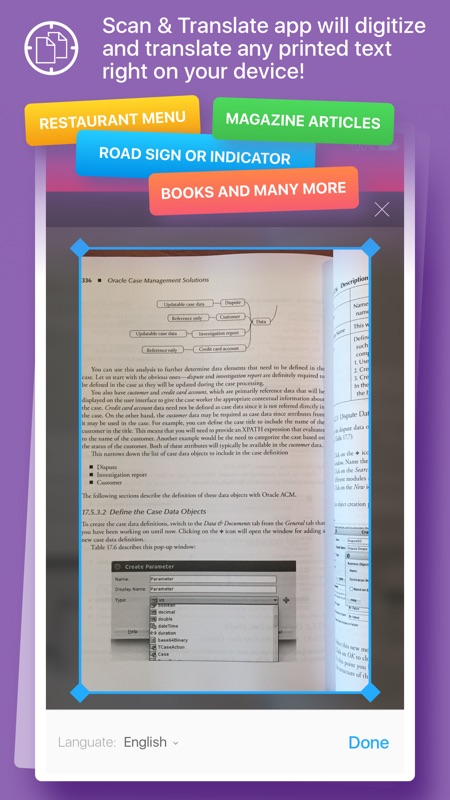 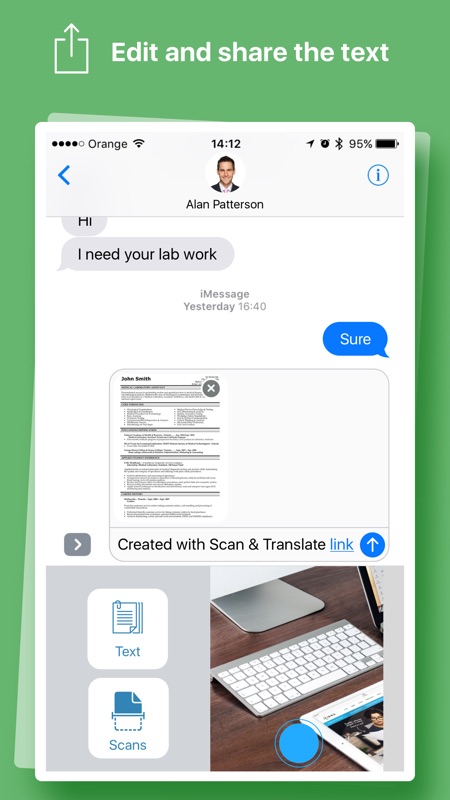 DOWNLOAD NOW FOR FREE! THE GUARANTEED QUALITY APP! 5 STAR RATED!
Scanner & Translator app extracts texts from any printed sources: documents, books, signs, instructions or announcements and allows to immediately translate them to any of 90 languages.
Take a picture of the text and after the text is recognized, you can immediately edit, hear, translate and share by email or as SMS.

MAIN FUNCTIONS:
• Advanced optical character recognition technology for more than 70 languages, including Russian, English, German, Spanish, Greek, Turkish, Chinese, Korean, Japanese, Portuguese, French ( Internet connection is required)
• Full text translation for more than 90 languages (Internet connection is required)
• Listen to the text that has been recognized and translated into more than 40 languages!
• Edit the text, copy it to clipboard, and save in other apps
• Share the text on Facebook, Twitter, VKontakte or send as SMS or by email
• All texts are saved in History and can be later recovered at any time

————————
With Scan & Translate app you can easily scan and translate:
• any paper documents
• recipes from cookbooks
• notes and letters
• menus in restaurants, bars, and cafes
• articles from magazines and newspapers
• book parts
• instructions and manuals
• texts on product labels
• road signs as well as signs in airports and stations
• and many more…

————————
How to use the app:
• Select the language of the original text as text recognition language.
• Take a picture of the document (page, instruction, or any other text)
• Press the “Scan” button
• Recognized text will appear on the screen with an option to select the source language and the target (translation) language.
• After you select the language, the original text will be automatically translated and will appear at the bottom of the screen.
• To listen to the translation, press the “Voice” button
————————
Scan & Translate app will digitize and translate any printed text right on your device!